Hikenk was once an Empire aligned system until the war of Hikenk in 3305. Now the population of 189.12 million, live under the guidance of the Federation. With investment by Vice President Hank Sweeney and The Official Office Of Agriculture, the economy has grown, allowing Hikenk to become a leading exporter of Coffee.

The award winning Orbachino has become a well known coffee brand around the galaxy, with the current Shadow President of the Federation and head of the Liberal Party Felicia Winters being a known consumer of the coffee.

Grown using Biowaste from Voltrigones, the Orbachino coffee is roasted 8 times using the thrusters of a vintage Sidewinder, to provide that deep rich distinct flavor. 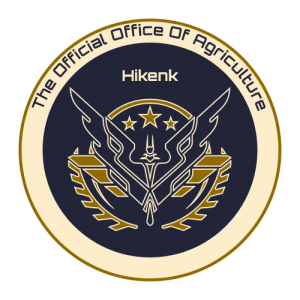